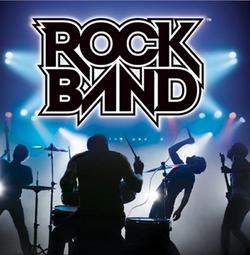 Harmonix and MTV Games today announced that singles from Blue Oyster Cult, Hawkwind, I Mother Earth, Motorhead, Nazareth and Rage Against the Machine will be added next week to the Rock Band Music Store of downloadable content for the Xbox 360 video game and entertainment system from Microsoft, PlayStation 3 computer entertainment system and Wii.

These artists are among the more than 390 bands currently available through the Rock Band platform. With more than 1,000 songs available, Rock Band is, without question, the industry leader in providing the best selection of interactive musical content, songs and artists.

Blue Oyster Cult was one of the biggest mainstays on the psych-rock circuit of the late 70s and early 80s, selling more than 14 million albums worldwide. The first track off their self-titled 1972 album, “Transmaniacon MC,” and one of the group’s most popular tracks, “Godzilla,” (from their fifth album released in 1977, Spectres) are both heading to the Rock Band Music Store next week.

Also included in next week’s update are tracks from 70s space rock group Hawkwind (“Master of the Universe” from 1971’s In Search of Space), former Canadian alternative rock band I Mother Earth (“Levitate” from their 1993 debut Dig), iconic heavy metal rockers Motorhead (“Killed by Death ’08,” re-recorded from 1984’s No Remorse), classic Scottish rockers Nazareth (“Hair of the Dog”, re-recorded from their classic 1974 single) and American rockers Rage Against the Machine (“Bulls on Parade” from their 1996 album, Evil Empire).