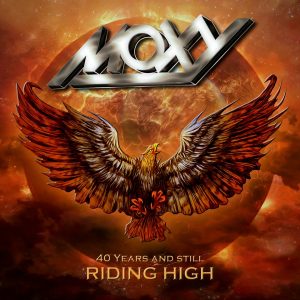 Canadian hard rockers Moxy have released a video of their song “Nothing Comes Easy” from their 40 Years and Still Riding High album, which features ex-Slik Toxik and current Famous Underground frontman Nick Walsh.

Sleaze Roxx stated the following in its review of 40 Years And Still Riding High: “The only original member left is Earl Johnson, who brings a new set of talented musicians to these 14 tracks. Slik Toxik and Famous Underground vocalist and Canadian Juno Award winner (in 1993) Nick Walsh has the pipes to really belt out these songs. Johnson and Rob Robbins have developed a crunchy and distorted guitar sound, and Rod Albon on bass with drummer Alexis Von Kraven fit quite well in the pocket. In fact, there’s really nothing much to dislike about this record. Sure it lacks the details and nuances of the original songs, which were much more like early Rush, Triumph, or even hints of Max Webster. But these updated versions have a style and swagger all their own.”