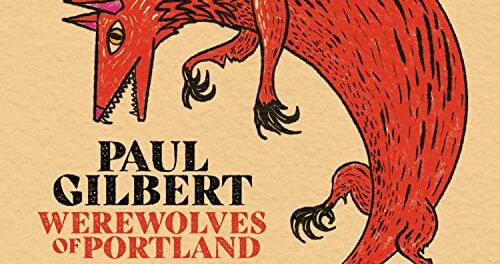 Mr. Big guitarist Paul Gilbert has released a video for the title track of his upcoming new solo album Werewolves of Portland, which will be available on June 4, 2021.

In a recent interview with Ruben Mosqueda for Sleaze Roxx, Gilbert spoke about what inspired his move to Portland, Oregon, USA. Gilbert indicated: “I moved to Portland five-six years ago. I can’t recall exactly. I wanted somewhere peaceful with nice trees 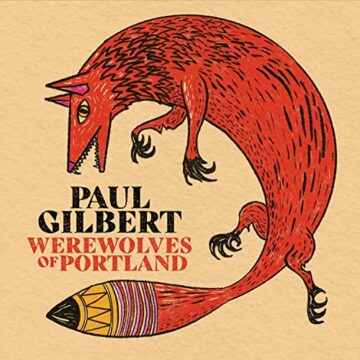 and laid back people [laughs]. I don’t know what happened! I had been in L.A. for about 10 years in the ’80s and another 10 years in the 2000s. My wife never liked it there for whatever reason. She’s the one that convinced me to make the move. There was this period where there was this drought… It just never rained. Places like Portland and Seattle were known for rain! I was like, “Whoa, I could use some rain for a change!”

So I wanted to be around trees, rain and nature. That was a change of pace. The food was good, at least at the time when I moved up here. I had played gigs here before and people seemed… normal [laughs]! It was just great. I’d hang out at the guitar shops and everyone was cool. I just don’t know what’s going on around here right now. People are destroying property, breaking windows and spray painting walls. Portland’s become the most angry, rageful city that I have ever seen in my life [laughs]! There’s some deep seeded anger. When I came up with the title ‘Werewolves of Portland’, I just thought it was a funny title and it was a nod to the old Warren Zevon song “Werewolves of London.” It was just a lighthearted idea by switching the city name. I wasn’t thinking beyond that. Then all of a sudden it’s like, “Whoa ‘werewolves’ have taken on a whole new metaphor!” I thought about changing the title, but I liked it and I decided to keep it. Who cares. It’s fine.”

In terms of the video for “Werewolves of Portland”, Gilbert stated: “I also made a video for the title track “Werewolves of Portland.” That should be coming out in about two weeks. That one I show with my son. I have a six year old son. We both dressed up in wolf costumes! It’s us dancing around and playing around, being wolves [laughs]! Because of what is going on in Portland, it could make you sad or angry. Some of the songs on the record could be looked at as some negative rant about what’s going on, but that’s not why I want to be a musician. I don’t want to be the guy that rants at people. I’m so happy that the “Werewolves of Portland” video isn’t that at all. It’s fun. It’s me and my kid having a great time.”