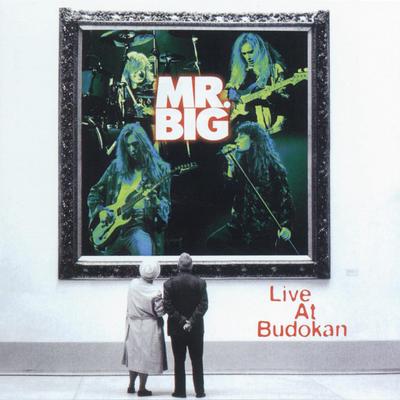 Frontiers Records is honoured to announce the release of MR. BIG’s reunion Live CD and DVD entitled “Back to Budokan” on October 16th in Europe and October 27th in the USA.

Mr. Big is a Rock super-group that formed in 1988. The band is a quartet composed of Eric Martin (vocals), Paul Gilbert (guitar), Billy Sheehan (bass), and Pat Torpey (drums). The band is noted especially for their “shred guitar” musicianship, intense live performances, and well-crafted songs.

Identified early on as a “musicians’ band”, Mr. Big produced numerous hit songs that ranged across a wide array of rock genres, be it ballad, heavy metal, or blues rock. Prior to the formation of the group, each of the members already had a reputation of being virtuosos as well as established song-writers/ composers. Their songs were often marked with ..Eric Martin..’s strong lead vocals, four part band vocal harmonies, and a technical proficiency in all instruments. Their hits include “To Be With You” (Billboard Hot 100 number one single in 15 countries for weeks, in 1991), “Wild World”, “Green-Tinted Sixties Mind”, “Just Take My Heart”, other ballads, and a host of heavy metal songs that were played mostly during their live performances, such as “Daddy, Brother, Lover, Little Boy”, “Addicted to that Rush”, “Colorado Bulldog” and “Take Cover”, among others.

Mr. Big’s large following and reputation remained strong for more than two decades, despite the band being challenged by internal conflict and the changing trends in mainstream music. Over the years, through the different heights of the band’s career, the fan-base of the group has remained steadfast – even following the band’s break-up in 2002. Fans had continually asked for the band’s reunion.

In February 2009, as a result of that fan-demand and also following several coincidences over the past couple of years where various members jammed on-stage together, all of which gradually brought the group back together again and Eric, Pat, Paul and Billy finally announced their decision to reunite in late 2008. This announcement was marked with celebration and excitement amongst fans all over the world, especially in Japan.The band members themselves are very happy to be together again as bandmates, and more importantly, friends, and to perform once more for fans all over the world. Their first tour happened in ..Japan.. in June 2009 to completely sold out audiences and this double Live CD and DVD, filmed and recorded during their standing room only concert at the Budokan in Tokyo, June 20th 2009 celebrates the welcomed return of one of Rock’s giants!!

The band also recorded 2 new songs, the original “Next Time Around” and the Argent cover “Hold Your Head Up” which found their space on the album as a special bonus, along with an acoustic version of the timeless hit song “To Be With You”.

“Back to Budokan” in CD version will include:

CD2: Paul Gilbert Guitar Solo; Paul Gilbert and Billy Sheehan Duo; Double Human Capo; The Whole World’s Gonna Know; Promise Her The Moon; Rock & Roll Over; Billy Sheehan Bass Solo; Addicted To That Rush; To Be With You; Colorado Bulldog; Smoke On The Water; I Love You Japan; Baba O’Riley; Shyboy. Next Time Around (*) (MP3 sample); Hold Your Head Up (*);To Be With You (**)….

The 2DVD set will include