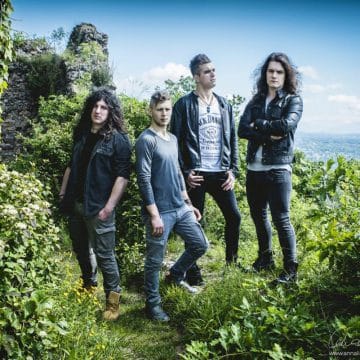 A week ago, Italian sleaze rockers Mr. Riot announced that they were disbanding but their new album My Life, My Road would still be seeing the light of day. The group has now released the first single “Superstar” from their upcoming second studio record.

Ladies & Gents, We are proud to show you our first single of “My Life, My Road” : Superstar!

Thanks from the bottom of our hearts to Palcoshow studios for their amazing work!”