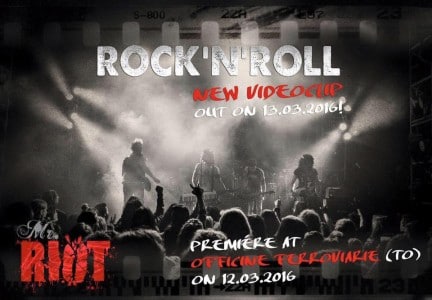 “Hello there! Finally here’s our second videoclip, recorded at “Same Old Town” Release Party, our debut album! You will see all the emotions We have felt that FANTASTIC night with the great support of you all! Hope you like it,and hope you’ll SHARE it with your friends. Thank you for support, JOIN THE RIOT!”

“Winter 2014, Angelo Armento (Angeless) and Denis Valsesia (Denny Riot), following the split of their previous band decide to move on a new project to express their love for the 80’s American hard/sleazy music. With the addiction of Stefano Vallino (Stevie Lee) on vocals/keyboards, Mario Nappi (Mr. Ladiesman) on the second guitar and Andrea Donati (Edgar) on the bass 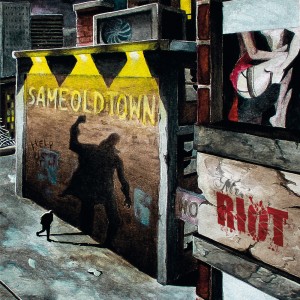 the band starts to work on the first ideas that later on will became the first Mr. Riot songs!

Mr. Riot mostly is a live band, the rock attitude of the 5 guys brought the band to play several shows around their area gettin’ lots of feedback. Now the energy of their live acts has finally found its way in their brand debut album ‘Same Old Town‘ that will be out on 30/01/16 for “Sleaszy Rider”.