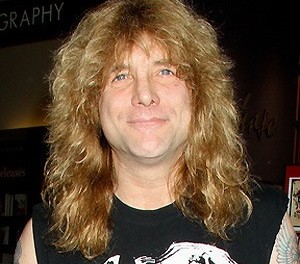 Three days after the Whisky A Go Go advised that the scheduled gig from former Guns N’ Roses drummer Steven Adler‘s band Adler on April 1, 2016 was canceled and to stay tuned for a big announcement with the hashtag “Guns N’ Roses“, Adler continues to remain silent on his involvement with the Guns N’ Roses‘ “reunion.” 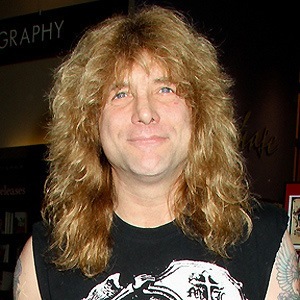 Although no formal announcement has been made for the entire Guns N’ Roses‘ “reunited” line-up, singer Axl Rose, guitarist Slash and bassist Duff McKagan will definitely be a part of it and it is anticipated that guitarist Richard Fortus, keyboardist Dizzy Reed and drummer Frank Ferrer will be rounding out the line-up.

Interestingly, although Adler‘s gig at the Whisky A Go Go for April 1, 2016 has been canceled, Adler still remains scheduled to play on day two of the M3 Rock Festival on April 30, 2016. Of note, Guns N’ Roses do not seem to have any dates booked for the weekend of April 30 and May 1, 2016 meaning that it is possible that Steven Adler could rejoin Guns N’ Roses for the April tour stops and still fulfil his commitment at the M3 Rock Festival with Adler on April 30, 2016. If that would be the case, it would seem that Steven Adler would be the most sought after person to speak to at the 2016 edition of the M3 Rock Festival.

In any case, it seems that no news is good news when it comes to Steven Adler possibly rejoining Guns N’ Roses.