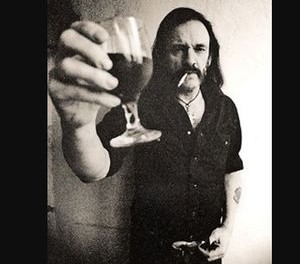 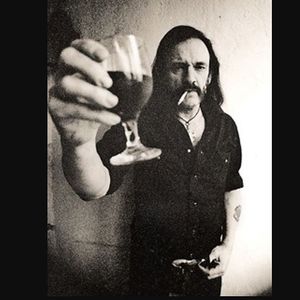 What was supposed to be a memorial service for Motörhead‘s legendary Lemmy Kilmister at the Rainbow Bar & Grill on January 9, 2016 soon reportedly became a take-over of the entire Sunset Strip due to the deceased icon’s popularity.

There will probably ever be another rocker so true to himself and what he represents living life to the fullest as Lemmy Kilmister and the tributes given to the man at his memorial echoed those sentiments. Among those providing short speeches about Lemmy included WWE superstar Triple H, Lemmy‘s son Paul along with a who’s who in the hard rock/heavy metal community including Guns N’ Roses guitarist Slash, Judas Priest frontman Rob Halford, Anthrax founder Scott Ian, Foofighters frontman Dave Grohl and Motörhead bandmate Mikkey Dee.

Slash stated the following humorous story at the memorial in honour of Lemmy‘s penchant for living life on his terms: “All things considered, he did live the way, his life, the way he wanted to. I remember when I decided after years of struggling that I was going to get [inaudible]. I got sober. It’s the first time I’d sing a song where I did not have a flask of Jack Daniels — ’cause that’s how we used to always greet each other — ummm, he was actually very disappointed. It is the only thing that I felt bad about getting sober for [laughs].”

Original video take by: “hearmymotoredheart” (https://www.youtube.com/watch?v=IgZWttSDQT8)I tried to improve the quality of the original audio.I do not own a…