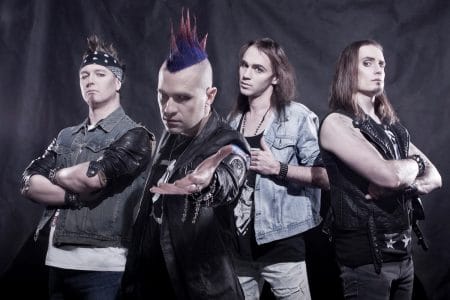 Polish sleaze rockers Nasty Crue have released a video for their song “Riots In Heaven” from their forthcoming album of the same name which will reportedly be released later this year.

The group consists of (as described on its Facebook page):

Full album “Riots in Heaven” by Nasty Crue is available out now!https://store.cdbaby.com/cd/nastycrue4 [Worldwide]https://www.demondollrecords.com/products/n…