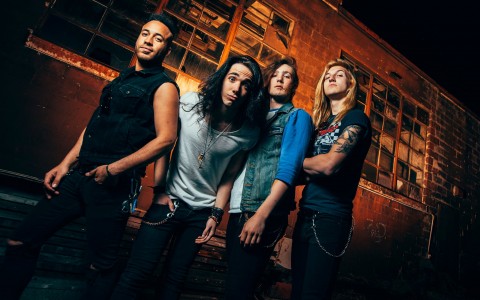 American rockers, Nasty Habit, have provided an update on their upcoming new album via a recent Facebook post less than an hour ago:

“Some cool news from the NH camp: our new record is currently being mixed by none other than Kato Khandwala who has killed it with The Pretty Reckless, Paramore and My Chemical Romance among many others. It sounds amazing and we can’t wait for you all to hear it. Big things in 2016!”

The track “Turn Up The Radio” for which the band released a video back in June 2015 is anticipated to be on Nasty Habit‘s new album.

Nasty Habit’s new single “Turn up the Radio”Hear more of the band at www.nastyhabitkills.com.Video: Adam Gendlerwww.adamgendler.com