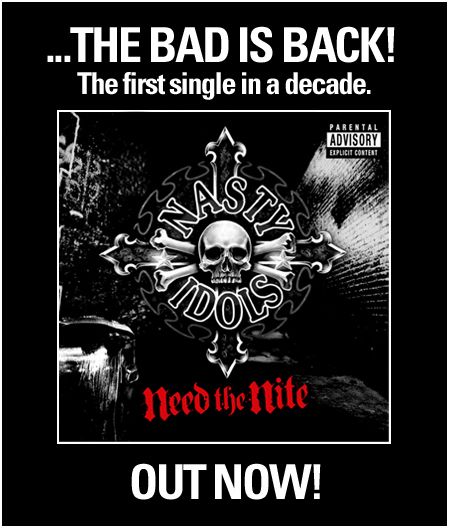 The Swedish sleaze band NASTY IDOLS releases the new single “NEED THE NITE” taken from their fifth album which is in the makingand due to be released in the spring of 2008.This is their first official release of new material with the original line-up in more than a decade.

This is one of a kind. Go to www.swedmetal.com and fukkin’ ORDER IT NOW!