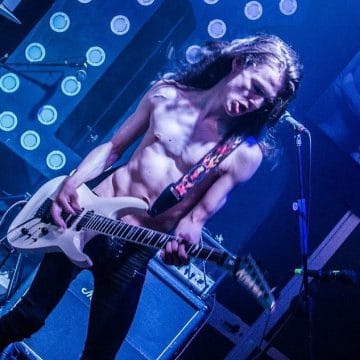 “Mick Rook is no longer a part of Nasty Ratz. We are sorry to tell you. We wish him good luck. His replacement is going to be announced soon.”

Widow was interviewed by The New Wave of Hair Metal’s senior admin Tom in early February 2018 and asked how he got his new band line-up that included Rook. Widow replied: “Xriss and Mick have been long-time fans of Nasty Ratz. When I called them, they accepted my offer with no doubt. KK is kinda the guy who loves to play but he’s not much into the genre. He can play everything and he’s a cool person though. Mick brought him from the conservatory he studies. KK promised to move Nasty Ratz to the next level and keep it going slightsmile emoticon The guys are great. Unfortunately there’s not enough time to rehearse every day etc. But when we do, it’s great. No rhythmic fails or something. Therefore, they are great musicians and also very good singers.”

Nasty Ratz – Against The World (OFFICIAL)