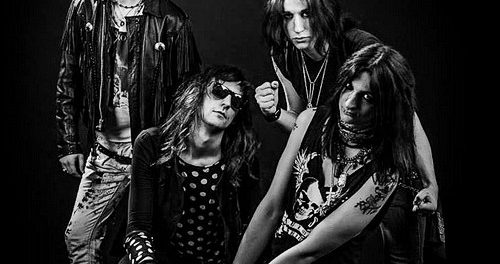 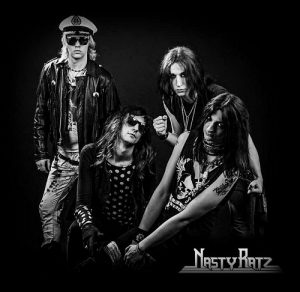 Czech rockers Nasty Ratz have announced that they will be teaming up with world renowned producer Beau Hill for their forthcoming new single “Price Of Love.”

Hill is best known for producing albums from Ratt (Out Of The Cellar to Reach For The Sky) as well as other big name artists such as Europe (Prisoners Of Paradise), Warrant (Dirty Rotten Filthy Stinking Rich, Cherry Pie), Winger (Winger) and Kix (Midnight Dynamite).

For the last 20 years or so, Hill has been working with new artists in the quest for the next breakout stars. Hill recently mixed and remastered Costa Rican rockers Evil Eye‘s song “Bad Sinner.”

Sleaze Roxx stated the following in its review of Nasty Ratz‘s debut album First Bite: “Nasty Ratz‘s debut album is exactly the kind of album that I have difficulty reviewing. First Bite does not knock me over in any way but then again, it’s not bad for the most part either. Every time I listen to it — and I have listened to it quite a bit for the purposes of this review — I enjoy it but I don’t long to hear it again.” Sleaze Roxx also stated in its review: “First Bite borrows a lot of the best elements from the ’80s — which is of course a good thing — and you might well think that this album was crafted back during the glory days of hair metal. The music is kept pretty simple with tasteful catchy riffs and soaring guitar solos. The main love it or hate it issue is lead singer Jake Widow‘s vocals. I am not that crazy about them and find this is a weak point throughout the album. That being said, Widow‘s vocals are good enough to listen to the album anyways.”