The following message was posted on The New Wave of Hair Metal‘s Facebook page earlier today: 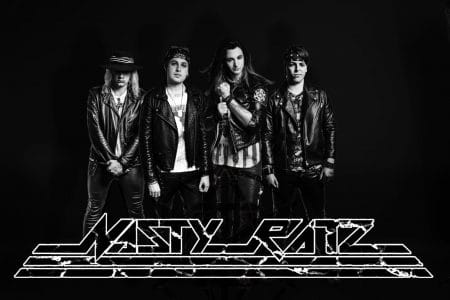 “I received a message from Nasty Ratz frontman Jake Widow. He told me that they made a video for the cover of Citron “Uz Couvum”. It’s sung in Czech. He’s been working on singing this for a very long time. He wanted to record it and make a video for their fans during this time of social distancing we are currently living in.

It’s not a big budget video. It’s them playing together in different areas. I asked him if he wanted it to be submitted in the May video/single contest. He said as long as everyone knows that this video isn’t a single, and that this was done for fans. He’s not expecting any awards from it. It really was something he just wanted to do. So I decided to put it in there. It’s something fun to add to the video/single contest. They’re not asking you to vote for it. They’re just to asking you to check it out.

Nasty Ratz released their sophomore full-length album Second Chance? back in December 2019. Sleaze Roxx stated in its review of the record:

“If Sleaze Roxx had a Top 15 rather than a Top 10 Albums of the Year list, Nasty Ratz‘s Second Chance? would have definitely made the Top 15 for 2019. If you like Crashdïet, picking up Nasty Ratz‘s Second Chance? is a no brainer. Perhaps the biggest compliment that I can give to Nasty Ratz is that when they released First Bite, I viewed them as a band trying but not making the cut to be part of The New Wave of Hair Metal (I concede that the term was seemingly coined a few years after First Bite‘s release) but my perception has now changed with Second Chance? and I view them now as one of the leaders in that category.”