Neal Schon has been active on social media in the recent days teasing his new tour consisting of Journey original Gregg Rolie on keys/vocals, former Journey drummer Deen Castronovo (also of Ozzy, Bad English, Revolution Saints, The Dead Daisies) on drums and singing all the Steve Perry vocals, and Marco Mendoza (Whitesnake, Thin Lizzy) on bass. The group is rounded out with well known producer Marti Frederiksen of Aerosmith fame on various instruments and Chris Collins on guitar opposite Schon. 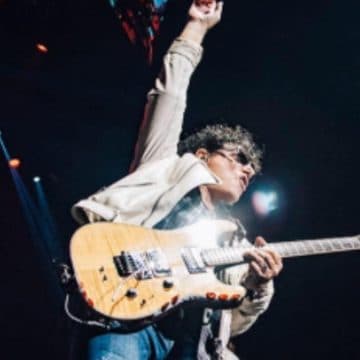 What’s so special about this tour that separates it from any Journey tour you may be wondering? Well, Schon in a social media post in September 2018 vowed to play music from every Journey album. If there is any indication based on their first show as a group on February 9thof last year, then he’ll hold up his end of the bargain. The show which was held for charity last year included songs that die-hard Journey fans could only have dreamed for previously. Deep cuts off of the first few Steve Perry albums such as “Daydream”, “Walks Like A Lady” and “Lovin’ You Is Easy” stuck out in the 32 song setlist along with many cuts from before the Perry-era such as “Kohoutek”, “People” and “Of A Lifetime.” The show featured something fans have missed for years, the classic call and response style songs that Journey featured when Gregg Rolie was still prominent. The effects of Castronovo and Rolie together were chilling as there were many YouTube videos from the show to rectify the unity and cohesion of the band.

The first show of what Schon and the gang are calling the Journey Through Time Tour was just announced for Oakland for Saturday, February 23rd. Tickets go onsale tomorrow, January 11th at 10 am PST. The tickets range from a reasonable $45 to $65. This won’t be something that Journey fans will want to miss. Even if you generally like something a little heavier, Castronovo and Mendoza will bring their hard rock roots to the stage to give the music a strong backbone.

Tickets can be found at Ticketmaster.