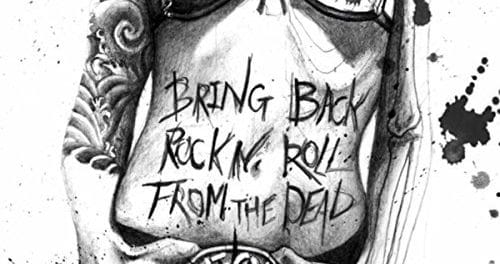 It’s been nothing less than a tumultuous time for UK rockers Neon Animal. The group recently parted ways with its singer Mark Thorn (the Facebook post in that regard appears to have been deleted) and were later surprised to see some of their own videos being used to advertise gigs by a band called Neo Animal. After some apparent research into the issue, Neon Animal have realized that it is their former lead vocalist that is behind the Neo Animal bookings. Neon Animal have released the albums Bring Back Rock N Roll From The Dead (2017) and Make No Mistakes (2020) with Thorn on lead vocals. 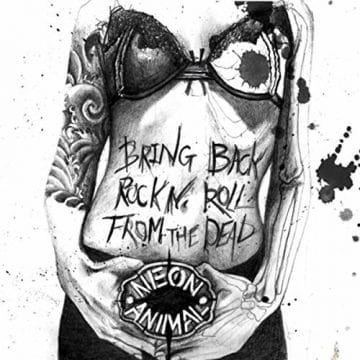 We could not believe our eyes when we saw that a group of impostors is trying to go ahead and play 2 concerts in France, at Le bistro de la cité and La Trinquette, this month of June, under the name/alias NEO ANIMAL, in a deceptive move that is full of bad taste and lacking any integrity, illegally exploiting our trademarked name, music and videos, to promote such concerts.

This misleading and fraudulent move is obviously illegal as our branding, name, music and videos – which are being used as promotional material for such concerts – are our intellectual propriety are safeguarded by numerous UK & French laws.

We have now contacted both venues and made them aware of the situation and we are now seeking legal advice and representation to handle this issue.

We would like to make it clear to everyone that NEON ANIMAL is not going to play any concerts in France this month, and we are going to legally pursue everyone who is deceptively promoting such concerts and is behind this hoax.

Neon Animal apparently obtained some additional information and are now accusing their ex-lead vocalist for being behind the Neo Animal show bookings as is evidenced by the following message on their Facebook account earlier today:

“Another announcement – we have to make something clear:

Unfortunately, as you can see from the promotional video circulating below, our ex lead singer has decided that it’d be a good idea to go ahead and book gigs as NEO ANIMAL – without the N – and use NEON ANIMAL‘s music and videos to promote such gigs. 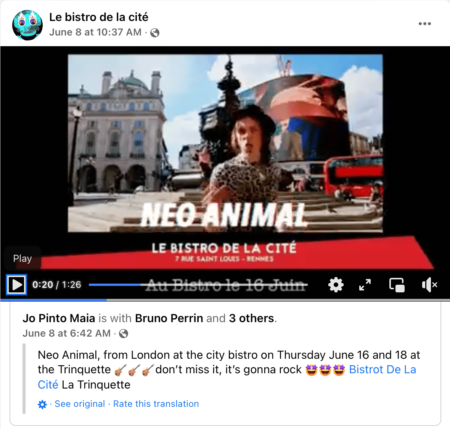 We have now contacted both venues mentioned in the video above and we can confirm that both of them have now come back to us saying that they were not aware of the situation – that the band performing was not, in fact, Neon Animal – and have now cancelled both concerts.

That only shows how deceitful and dishonest the intentions behind those who were putting up these gigs were, as both the venues and the public were deceived into beleiving that NEON ANIMAL was going to be performing these gigs.

We were honestly baffled as we were not expecting that an ex band member of ours, with whom we’ve worked so closely together for 7 years, was ever going to go ahead and try to do something so low and desperate like this. But this is the sad reality of this situation.

We are already seeking legal advice and support and we will make sure that this case is set straight, for good, so no more venues nor Neon Animal followers will be deceived like this ever again.

Neon Animal has been a product of a working team, a unit, for the past 7 years, and we will not let anyone appropriate and exploit the work that this unit has created, ever – not without a fight.

We will refrain from any further comment and judgement of character of the individuals behind this crooked move.

Rest assured that NEON ANIMAL is up and running, and auditions for our new singer and front person are starting soon!