Big news to surface reportedly from the AC/DC camp as it seems a foregone conclusion that there will be a new AC/DC studio album with Brian Johnson on lead vocals but it appears that deceased band co-founder and rhythm guitarist Malcolm Young will be playing on all tracks on the upcoming new album. 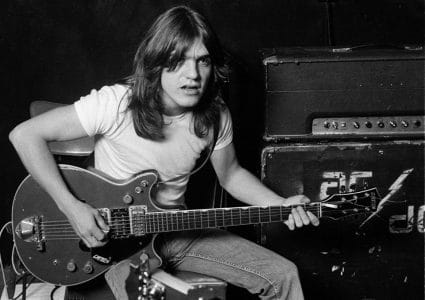 We are hearing from a reliable source inside the AC/DC camp that Angus Young is working on a new AC/DC Album that will be dedicated to his brother, the late Malcolm Young.

Here’s the exciting part… the new recordings will include Malcolm Young playing rhythm guitar on ALL TRACKS!

Turns out, five years prior to the Black Ice LP, AC/DC’s 15th studio release, Angus and Malcolm Young lived together where they literally wrote hundreds of songs, many were recorded and have been stashed away until now.

Angus has decided to select the best tracks from those recordings that Malcolm played on and is now back in the studio recording and mixing them with fellow band mates Phil Rudd, Cliff Williams and yes, Brian Johnson on vocals.

Not sure when the release date will be announced but this should give all the Hardcore AC/DC fans a hard on!”