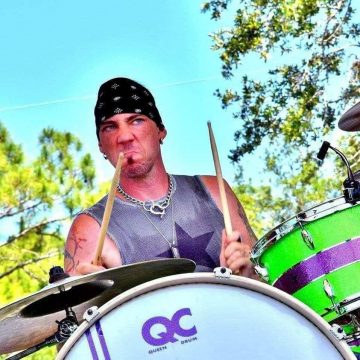 “Ryche Green of the BulletBoys, Saints of Rebellion and Pink Velvet Krush along with Sean Quidgeon also of Pink Velvet Krush are proud to announce there new band 13 GRIT. They along with guitarist Lorenzo Delvecchio, who played in Modern Superstar and bassist Brian  Clarke currently of Hollywood Roses and a vocalist TBA are 13 GRIT.

The band is currently working in the studio on its first album with a release date expected in 2021. The first single and video is set to drop on October 31, 2020 with a tour expected to follow the release of the single as long as the world isn’t still in lockdown.

The guys are anxious to release some great new rock and roll plus get on the road to see everyone’s smiling faces. Don’t miss this experienced powerful band. See everyone in 2021…”