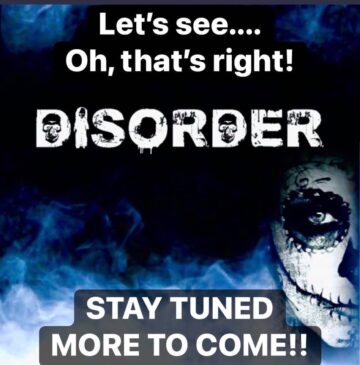 Rönnblom will be handling rhythm guitar and bass duties in Disorder and is also the chief songwriter for the project.

“Anders is best known as the founder and song writer from Killer Bee and X-Romance. After many years, Anders realised he needed to go back to his roots and write music, melodies and lyrics that was from his heart, that defined him. He started about a year and a half ago to work on the songs and soon realised he had something unique going. He started to contact people he knew would bring out the best in the songs, and here we are now. The world should be ready for something spectacular.

The international line-up speaks for itself: Tracii Guns, Rudy Sarzo, Dave Stone and Shawn Duncan collaborate on this melodic and timeless rock album with more international names to be added. The unknown singer is from Anders‘ hometown of Örnsköldsvik — Thomas Nordin. He’s an uncut diamond. He’s a blend of a young Joe Lynn Turner with Tony Martins dynamics.”