Hanoi Rocks drummer Nicholas “Razzle” Dingley is probably best known as the unlucky musician who died as a result of a car crash with intoxicated Mötley Crüe frontman Vince Neil behind the wheel back on December 8, 1984. 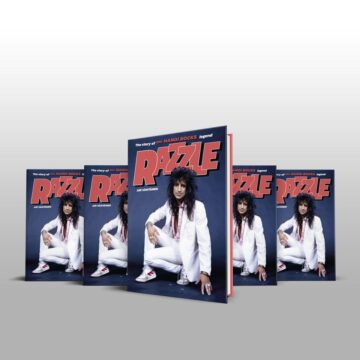 Ari Väntänen has put together a book celebrating the drummer’s life and accomplishments, and the book, which is simply titled Razzle, will be released on January 28, 2022 and is currently available for pre-order.

“A funny and wistful saga of a mythical cult icon

Razzle played drums in Hanoi Rocks. His life ended in a car accident involving the singer in Mötley Crüe. But who really was Razzle, and what was his life like?

To answer these questions, the author of this book interviewed dozens of people who knew Nicholas “Razzle” Dingley. Together with old interview quotes, their stories create an image of a lovable rascal who was always up for a practical joke, kept his band together, and loved his rock’n’roll lifestyle from the bottom of his soul.