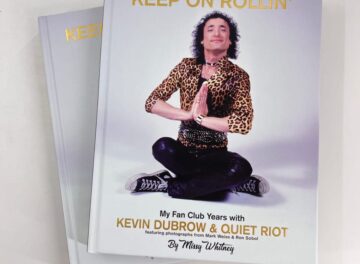 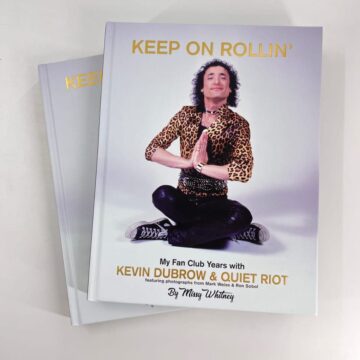 The following message was posted on Keep On Rollin’ – The Book‘s Facebook page back in mid-December 2022:

In an interview with Sleaze Roxx back in early December 2020, Whitney was asked what was the most memorable show that she saw out of the 105 Kevin DuBrow solo shows that she saw prior to Quiet Riot‘s breakthrough album Metal Health. Whitney replied:

“Yes! I saw 105 shows out of 107. I only missed two because I was underaged for the club. While I loved all the gigs, the one that sticks out the most was a show DuBrow did at the Troubadour in Hollywood after Randy Rhoads died in 1982. Kevin sang Blind Faith’s “Can’t Find My Way Home.” After the show, Kevin said to me, “That was Randy’s favorite song. I only sang it for him tonight, and I’ll never sing it again.””