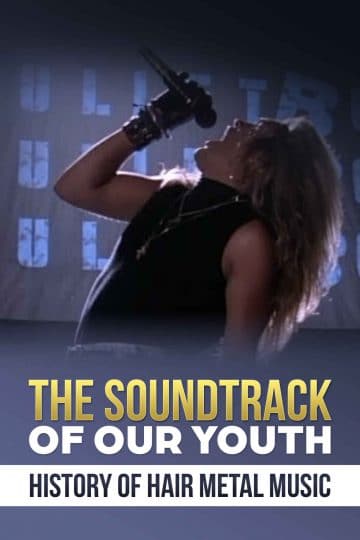 A new book authored by Hall Laurel titled Soundtrack of Our Youth: History of Hair Metal Music has just been released. The book appears to only be available via Kindle.

Based on the preview provided by Amazon, it appears to contain lists of the top songs, top ballads, “albums that you must own” and “other albums of interest” for every year from 1981 to 2017.

Amazon states: “More than 450 pages celebrating the history of the hair metal / sleaze rock music era. Book includes more than 50 interviews with superstar musicians like Billy Sheehan and members of bands from Warrant, Twisted Sister, Winger, White Lion, L.A. Guns, Dokken, Danger Danger, Tora Tora, Junkyard, Dangerous Toys, Autograph, Pretty Boy Floyd and several others. We’ve done an extensive year-by-year breakdown of each year between 1981-2017. Also included are rankings of the top 1,000 songs of all time and the top 350 albums of all time. As well as several other features stories on the hair metal / hair band genre.”

The foreword to the book indicates that former Skid Row frontman Sebastian Bach was approached to be interviewed for the book but declined stating that it was an “embarrassment” to be included in the hair metal category.