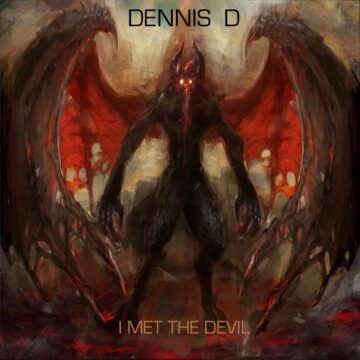 The single can be downloaded for free via Dragon City Demo‘s Bandcamp page and will be on Dennis D‘s forthcoming solo album Secret Files 4, which will be released in 2022.

Speaking exclusively to Sleaze Roxx, Dennis D provided some insight on how the track came about as he indicated:

“My friend [Damion Omen Troy] kicked the bucket two days ago so we wanted to release that single for him. He and I wrote that song with Layne Staley [now deceased Alice In Chains frontman] a long time ago in a galaxy far away. We met Layne on the first Alice tour when they were opening for Extreme. I wrote the lyrics years later. He and I were jamming on acoustics backstage and he liked that riff and then added the other bridge. I lost touch with him when he cut his dreads off.”