Yesterday in the early morning hours, Sleaze Roxx reported that Dirty Looks are now reformed but with no original members in the band and that the reformed group was spearheaded by singer Todd Cage (who has performed with KISS guitarist Tommy Thayer). 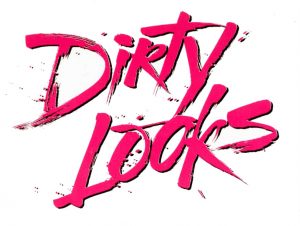 There has since been some considerable backlash from Sleaze Roxx readers on both the Sleaze Roxx website and Facebook page about the band with no original Dirty Looks members using and operating under the name Dirty Looks.

Dirty Looks have since posted the following message about 12 hours ago on their Facebook page:

“We have been contacted by 2 of the biggest 80s hard rock festivals in the country about performing. What do you guys think?”

Dirty Looks have also posted the following message about four hours ago on their Facebook page:

“Listen… we do not claim to be the dirty looks, the original line up or any of the 53 previous line ups. We are just a tribute band that wants to bring the songs back to the big stage again. We are not looking to cash in on anybody’s Legacy because trust me, there’s no money to be made. We just want to play a couple big shows per year in the right environment where the fans can appreciate the songs. From the very beginning we have expressed our respect for this band.”