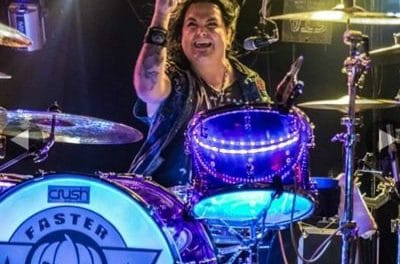 New Faster Pussycat album to be produced by Gilby Clarke

Stewart stated (with slight edits): “We’ve done this record about three times. But, now Gilby‘s producing. So, Gilby Clarke is producing the record and we’re going to get it done. We’ll get it done shortly. Now, that Gilby‘s in, we need to get [the] Boss healthy and then get him 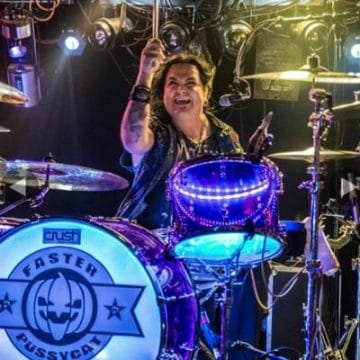 into the studio on the down time and we wrote some stuff and then it changed a few times, once Gilby got involved then it changed again. So, we basically need to have everyone come together, decide what parts we want to keep, what we want to get rid of and get everyone to agree on what we’re doing. But, I will say this, I know for a fact, it’s exactly what the fans want. We’re right on track. It’s a lot of old school, it’s a little new school, not industrial at all. It’s definitely in the vein of where they started and where we want to continue as being Faster Pussycat and what the future of Faster Pussycat will be.”

In terms of Faster Pussycat‘s historic set at the M3 Rock Festival this year without lead vocalist and band leader Taime Downe, Stewart advised (with slight edits): “The boss got acute pneumonia, too much fluid in his lungs, they wouldn’t let him leave the hospital once they checked him in. Actually, we took him to urgent care and then they said, “No, it’s too severe.” They took him to the ER and they wouldn’t let him out. So, what are you going to do? We had to figure it out. They said it was a one o’clock call yesterday on whether or not they were going to let him out to do the show or not. They said they might let him out for an hour to do the gig but decided he was to sick.

So then it’s like, “Fuck! What do we do?” It’s a scramble to figure it out. I knew I could do a couple of songs because I do a lot of his background vocals anyway but it’s a whole other thing to carry a show. Especially, as a drummer. Kelly Keagy (Night Ranger) is one of my favorite human beings on the planet, he’s my hero actually, to be fair, Kelly Keagy is my hero. He’s amazing but I’m not Kelly Keagy and I’m not the other lead singer in Faster Pussycat. Night Ranger‘s got two singers, we have one. So, I knew I could cover a couple things but having nobody up front is just boring to the crowd, I knew that. So, I called my friends. I called my real friends, the family, Vixen, Danger Danger, Dangerous Toys, the people that we’ve been on tour with, the people that I knew I could count on and the people I know that if I say, “Guys, it’s serious!” That they’re going to help and would go, “Whatever you need, we’re here.” and that’s exactly what they did.”

Stewart had some choice words for the naysayers who criticized Downe not being able to play with Faster Pussycat at this year’s M3 Rock Festival as he stated: “Seriously! How many people get sick on a daily fucking basis and then all these fucking trolls out here, crying. It’s, actually, not even anybody that was even here. It’s people that are on the internet, like in Sheboygan, in their mom’s basement going, “Oh, he’s just an asshole.” No, he’s not an asshole. Actually, he’s pretty fucking great and he was bummed, I mean, seriously bummed that he couldn’t do this. But, his band, who has been his band for almost twenty years, not the original guys who were there for six, not that I have anything against the original guys because they’re still in the family, Brent (Muscat) and Greg (Steele) are still a phone call away and they show up all the time and Eric‘s (Stacy) in fucking Jetboy. It’s not like we have any issue. That’s why I don’t get it. I don’t fucking get these dumb-dumbs, I just don’t get it. We’re all a family. The original band started something great. They were there six years. I’ve been in this almost two decades, almost twenty fucking years. Ace (Von Johnson,) the new guy, has been here eight.”

You can read the rest of the interview with Stewart at Rock N Roll Junkie.