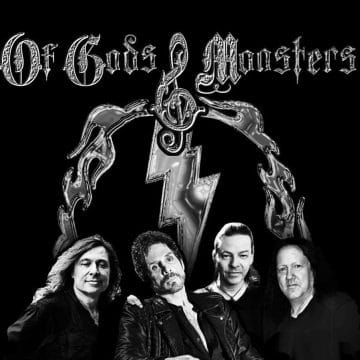 Of Gods & Monsters featuring Kevin Goocher (Phantom-X, Omen) on vocals, Joey Tafolla (Jag Panzer) on guitar and Deen Castronovo (Journey, Hardline, Ozzy Osbourne and The Dead Daisies to name a few) on drums have announced that former Stryper member Timothy Gaines will be joining them on bass.

The following message was posted on Goocher‘s Facebook page yesterday:

“Deen Castronovo, Joey Tafolla, and I are excited to announce that Timothy Gaines will be joining us on bass for Of Gods & Monsters!! We are all looking forward to having him on this project!!”

Back on September 9, 2017, Gaines had announced on his Facebook page that he had started rehearsals with a new “super group of sorts.”

Of Gods & Monsters released their debut single “Waiting On The End Of The World” via various digital platforms back on November 17, 2017.