Another “supergroup” is upon us as Danger Danger singer Ted Poley has combined forces with Trixter guitarist Steve Brown to form a new band called Tokyo Motor Fist. 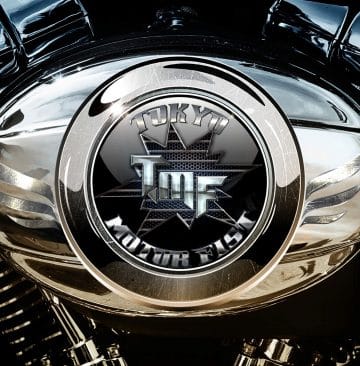 “You don’t need to be a die-hard ’80s metal fan to know that the fruits of an artistic alliance between Danger Danger singer Ted Poley and guitarist/producer Steve Brown of Trixter is going to make melodic rock fans rejoice! The two musicians from New Jersey have recently created Tokyo Motor Fist and the new band is ready to unleash on the world their self-titled debut album on February 24, 2017 via Frontiers Music Srl.

Indeed, Tokyo Motor Fist is exactly what you would expect: catchy and uplifting hard rock, the way is should be! You want big – we mean, BIG – hooks? You got ’em. What about major guitar riffs? Of course there’s plenty of those. Killer rhythm section? Well, with Greg Smith (Ted Nugent, Rainbow, Alice Cooper) and Chuck Burgi (Rainbow, Blue Oyster Cult, Joe Lynn Turner) you simply can’t go wrong!

Ted and Steve have been friends for a long time. They were playing the same club circuit with their respective bands, Danger Danger and Trixter, when both bands were starting their careers. Over the years, they’ve had a great personal relationship and the idea of doing a record together has been in the cards for many years. Now, thanks to Frontiers, this concept has become a reality. 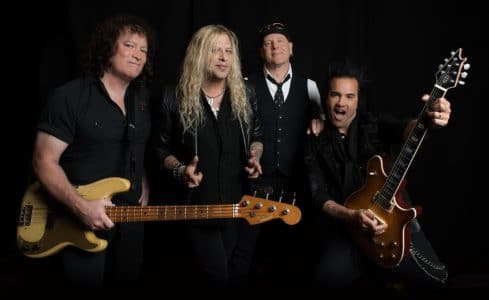 “To say that I’m excited for the world to hear Tokyo Motor Fist would be an understatement,” says Steve Brown. “Working on this project with my Rock and Roll Brothers Ted Poley, Greg Smith & Chuck Burgi was a total blast….We had fun and it shows in the performances and in the music! As a songwriter I couldn’t be happier with the way the songs came together. Fans of Trixter, Danger Danger, Def Leppard, Bon Jovi and Cheap Trick will get the best of all those worlds.”

Ted Poley adds: “Working with guys of this caliber was amazing. I was excited to collaborate with my long time friend Steve Brown, who is not only a really great songwriter and guitarist but also an insanely cool producer! The band sounds great and very high energy. The vocals of Steve and I along with his SHREDDING guitar, combined with the World Class rhythm Powerhouse section of Greg Smith and Chuck Burgi is amazing, what a cool band – the sound is HUGE. But it’s the songs that drew me into making this album in the beginning and the record is full of catchy songs with massive choruses and great melodies and sounds BIG BIG BIG! I am beyond THRILLED with the final result and I hope you will be too.”

Beefy and energetic, “Tokyo Motor Fist” is sure to please not only Ted Poley, Danger Danger, and Trixter‘s fans, but all fans of melodic hard rock. Don’t miss this superb release!”