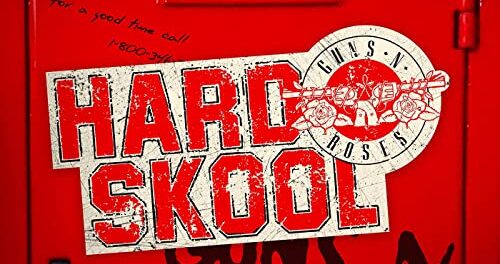 More than 13 years after the release of their studio album Chinese Democracy, Guns N’ Roses will be releasing some new material in the form of a four-song EP titled Hard Skool that includes two new songs and two live tracks. The EP Hard Skool is available for pre-order via Guns N’ Roses Merch website and will ship on February 25, 2022. 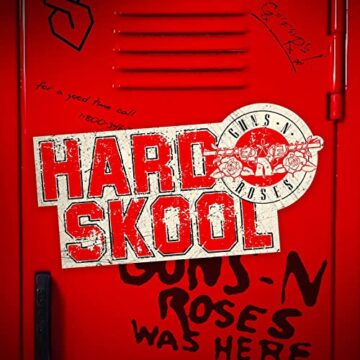 Sleaze Roxx stated the following in one of its two reviews of Chinese Democracy: “Chinese Democracy is not without its flaws though. There is definitely an over reliance on using updated technology to create the album. Songs sound like they have been tweaked in editing one too many times and unnecessary sounds reminiscent of Nine Inch Nails seem to have been added for a modern twist. You often find yourself pining for the stripped down raw power of Appetite For Destruction. However, I knew going into this that Chinese Democracy would not even come close to being in the same playing field as the debut album. Appetite For Destruction is one of the best debut albums of all time and has earned a well-deserved place next to the other quintessential debuts of Rock ‘n’ Roll like Van Halen I and Led Zeppelin I. Since the new album does not live up to classic Guns N’ Roses, the ideal solution would be for Axl Rose and the original GNR line-up to reconcile and put out some tracks that are on par with “Rocket Queen” and “It’s So Easy”.”