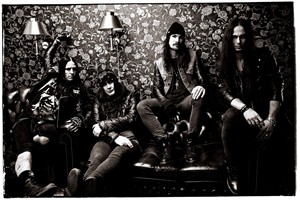 Hardcore Superstar, the Swedish inventors of what is known and loved today as ‘Street Metal’, will release a new studio album via Nuclear Blast Records in early 2013.

The band comments on the recording process: “We found this cool abandoned studio that we took over, where we spent the entire summer tracking songs in between the shows. Speaking of shows — we’ll start rehearsing in January so that we’ll be ready to play live everywhere again soon. If there’s a stage, we’ll rock it!”