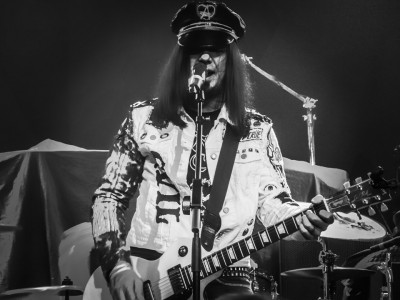 Last Call Messiahs‘ frontman Chris Clark has made available a power ballad that he wrote about the love of power ballads and hair metal. Clark‘s power ballad is called “Glitter Never Fades” and is described as a “rough acoustic demo.” It is available via Soundcloud for listening.