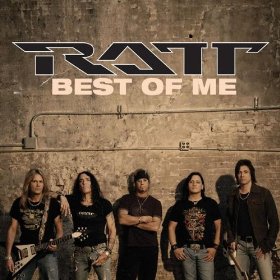 A short sample of Ratt’s new single “Best Of Me” can now be heard at this location. The single will be available for purchase on February 1.

RATT’s forthcoming album is called INFESTATION and is scheduled for release April 20, 2010 via Loud & Proud/Roadrunner Records. Infestation is the band’s first studio album since 1999’s self titled offering.

The band, consisting of longtime members Stephen Pearcy, Warren DeMartini and Bobby Blotzer, new guitarist Carlos Cavazo (formerly of Quiet Riot) and Robbie Crane on bass- worked with producer Elvis Baskette (Chevelle, Incubus, Limp Bizkit) on the new offering, living in Elvis’ Virginia studio during the whole process. This was the very first time in their storied career that Ratt have recorded outside of Los Angeles.

Ratt have enjoyed a rich, impressive and certainly long-lasting legacy through the years, having made their mark in the 1980s with 5 consecutive multi-platinum albums, including Out of the Cellar, Invasion of Your Privacy and Dancing Undercover. With 1984’s mega-platinum debut Out of the Cellar celebrating its 25th anniversary this year, the band is looking forward to starting a new chapter.