Less than a week ago, Skid Row made headlines around the world with the announcement of their new lead vocalist who was none other than former H.E.A.T frontman Erik Grönwall. 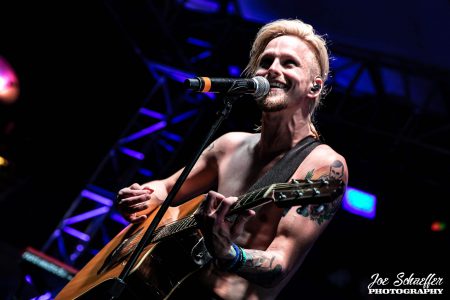 Skid Row didn’t waste any time with the release of their new single “The Gang’s All Here” and the live debut of their new singer at the Zappos Theatre in Las Vegas, Nevada, USA. Not only is the group serving as the official opening act for the Scorpions’ Sin City Nights Vegas Residency, which started on March 26, 2022 and runs until April 16, 2022, a number of other tour dates have been announced for all over the world including Europe, the UK and Australia.

The following message was posted in part on Grönwall‘s Facebook page yesterday:

“One year ago today I had just started my first cancer treatment.

One year and one bone marrow transplantation later I’m the lead singer of SKID ROW doing shows with Scorpions in Las Vegas, with a new album and tour coming.

I don’t mean to sound cocky. I’m not saying it was easy, it’s been tough. I’m not saying I did it on my own. I had a lot of help from a lot of people. I will be forever grateful for that. And I know exactly who were there for me. Except when it comes to my anonymous bone marrow donor. I don’t know who you are but I love you.

I’ve been given a second chance at life and I will do the best I can with what I have for as long as I can.” 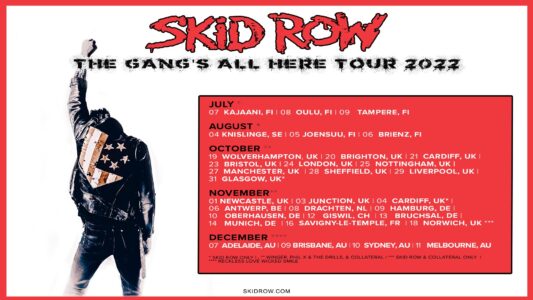