New Swedish rock group, Electric Haze, have just released two songs entitled “Endlessly” and “(Shut Up) Shuffle And Deal” on February 19, 2016, which can be heard via Spotify.

Speaking exclusively with Sleaze Roxx, the band members stated: “Electric Haze was formed in 2014 in Umeå, in northern Sweden, but some of us had known each other and played together in different constellations before. We’re all big consumers of rock music, and we all grew up listening to classic rock bands such as KISS and Deep Purple. If we’d try to compare our 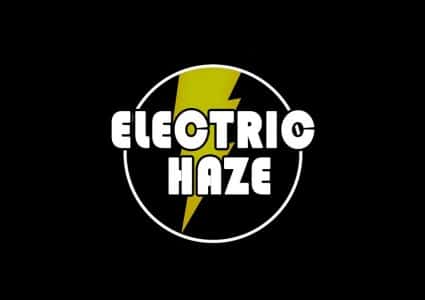 sound to some of those rock giants we’d probably drop band names like Deep Purple, Van Halen, and Dio along with newer bands like Black Country Communion.”

In terms of why Electric Haze elected to first release a single with a B side rather than an EP or album, the band members stated: “Considering the way people listen to music nowadays, we thought it would be a better idea to release a few songs at a time than releasing a full album straight away. Unfortunately, today most people do not have the interest to sit down, have a ‘Lemmy‘ and listen to twelve songs in a row, and therefore we settled for the single format. However, we will release the full album this spring!”