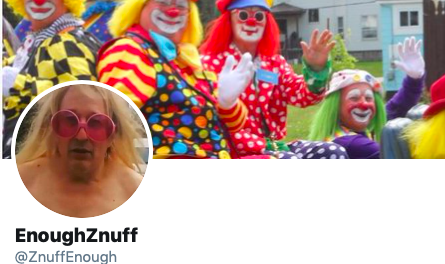 A new Twitter account titled EnoughZnuff has surfaced which seems pro-Donnie Vie and which pokes fun at current Enuff Z’Nuff frontman Chip Z’Nuff (whose real name is apparently Gregory Zybarski).  Sleaze Roxx does not know who is running this new Twitter page but it’s worth noting that former Enuff Z’Nuff frontman Donnie Vie has posted many Facebook messages of late complaining about his former bandmate Chip Z’Nuff trademarking the Enuff Z’Nuff name and forging ahead under that band name. 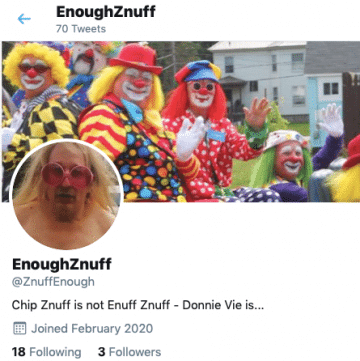 “do u know the difference between @ChipZnuff and a pizza? A pizza can feed his band.”

“people always ask me how i got the nickname ‘chip‘ well one time donnie vie was eating a bag of ruffles but i was hungry so i took them, even though he had majority rights to the bag of chips.”

“If I had a nickle for every time I played Kiss The Clown, I’d have enough money to pay my band members.

“rybarski is polish slang for 2-faced. That chick with the chicken baskets is sooo Rybarski.”

“I can’t wait to see @EnuffZnuff on their latest tour…I hope @DonnieVieEZN is still the lead singer, since he wrote and sang all the good songs. I don’t want to hear diamond boy”