Acetate Records will release WARRIOR SOUL’s “Destroy The War Machine” through MVD Audio on July 14, 2009. The eight-song album, which was originally released last year under the title “Chinese Democracy”, includes a cover of IGGY POP’s “Knocking ‘Em Down (In The City)”. This time around, you won’t hear any hidden meanings or agendas in the lyrics, controversial frontman Kory Clarke tells it like it is and calls a spade a fucking shovel. His ever-present vocals make the band unique and immediately identifiable. A full-scale tour of the United States and Europe will follow.

WARRIOR SOUL bassist Janne Jarvis previously stated about “Destroy The War Machine”: “[This album] has everything a WARRIOR SOUL fan should expect from a WARRIOR SOUL record. It has an ear for an argument, puke on its shoes and remains untouched by trends or the long-arm of the corporations.”

Acetate Records started pre sales on 25th May at www.acetate.com. 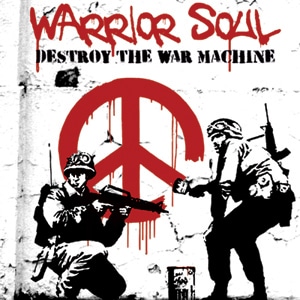 The history of MOB RESEARCH is closely connected with the tragic death of bassist Paul Raven (Killing Joke, Prong, Ministry) who founded the band together with Mark Gemini Thwaite (The Mission, Peter Murphy) in 2007.

Warrior Soul frontman Kory Clarke and ex-Queens Of The Stone Age drummer Nick Lucero completed the line-up. Shortly after finishing the recordings for the debut album HOLY CITY ZOO Paul Raven died, so the completion of the album was delayed until 2009.

The album was mixed among others by Tim Palmer, who had been in charge for the latest HIM albums. The result is pure, dirty industrial-rock, which shows musically the uncompromising destiny that can be expected from those artists.

The songs of the album are musically in the vast area between The Ministry and Killing Joke but gaining in particular by Kory Clarke’s snotty voice and Mark G. Thwaites intense delicate guitar in clear autonomy. This is even enhanced by the various remixes (e.g. by SinDaddy) and give the album an exciting second part, which is well worth to explore.