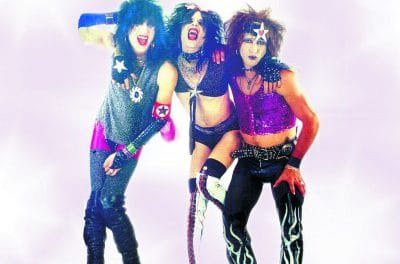 New York ’90s glam rockers Lovemaker finally have an album released more than 30 years after disbanding while recording their debut album. You can purchase Lovemaker‘s debut full-length album consisting of demos recorded between 1994 to 1996 directly from FnA Records‘ website. 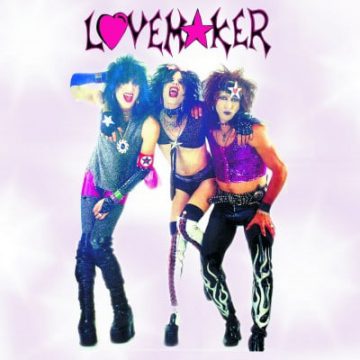 “In the early 90’s, one band stood above the rest, with an outrageous stage show, provocative costumes (they looked like Rocky Horror Picture Show rejects), colorful backdrops, and a constant notoriety for “What’s Gonna Happen Next”!!

With songs like “Bubblegum Lover”, “Too Damn Young” and “LUV NYC”, Lovemaker quickly gained comparisons to Kiss, Poison, and the New York Dolls. Their antics and over-the-top shows helped the band to play all the great dive bars:  Limelight, CBGB’s, Webster Hall, Pyramid Club, and many others. Not only did they constantly get the headlining spot on local gigs, but they were called on to fill the opening slot when major artists came through town. They opened up for Smashed Gladys, Warrant, Love/Hate, Widowmaker (Dee Snider), Star-Star, D-Generation, Richie Scarlet, Dee Dee Ramone, and many others.

Lovemaker was courted by every major label (MCA, Warner Bros., Columbia, Geffen). The  labels showed interest in the talent, but backed away as Lovemaker was a fabulous disaster that could crash and burn at any moment.

FnA Records is proud to release the self-titled debut by Lovemaker.  It is 13 songs of glam and sleaze, given to the listener just the way they would want it. Complete with a 16 page picture book, this silver pressed, limited edition, high-gloss CD package, is a fun and wild listen for everyone.

The band and the label have slated a music video to be released in the near future.”