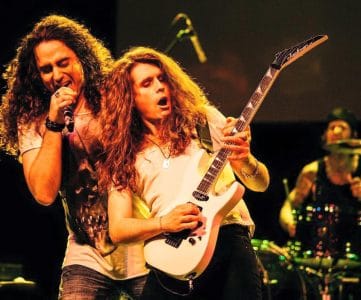 will be playing their first international show in two days when the AOR rockers travels to Toronto, Ontario, Canada where they will open for the one and only Autograph at The Rockpile on August 28, 2016. Station are scheduled to hit the stage at The Rockpile at 8:00 pm that night.

Speaking exclusively with Sleaze Roxx, Station‘s virtuoso guitarist Chris Lane explained how the opportunity to come to Canada came about when he stated: “We work with an agent who was able to help us secure this show. We are playing with Autograph the night before as well [at Brauns Concert Cove in Akron, New York, USA on August 27, 2016].”

With respect to Station‘s tour plans for the rest of the year, Lane advised: “It’s been a really busy year, which has been great. We are working on building a large tour for the late fall. It will have us on the road with a larger artist. Still working it out, but we expect to have a good number of shows coming up.”

Finally, Lane stated as follows with respect to new material from Station: “We are ready to record album number two and are looking to do that at the very end of 2016/early 2017 for a spring release in 2017. After this last run of shows, we will start working on pre-production and getting everything ready for the next release. We’re really excited with the material, so we can’t wait to show everyone.” 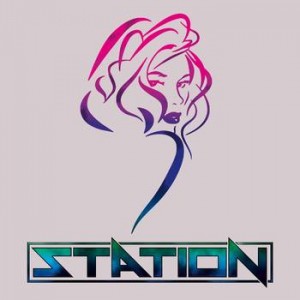 Sleaze Roxx stated the following in one of its two reviews of Station‘s self-titled full-length debut album: “As you can plainly see, I can’t praise or rain down accolades on Station enough. As a band, they are in my humble opinion at the top of their game. As mentioned, [Patrick] Kearney‘s voice is amazing and perfect for this style of music. Clean enough to keep the ladies beating down the back stage door and with plenty of power and swagger for their boyfriends to get into. Chris Lane is a great guitarist that has a knack for creating the catchiest rhythm riffs and his chops are top shelf too. The bottom end is held down aptly and brilliantly by bassist Mike Anderson and the introduction of newcomer on the drums Justin Ryan Gaynor-Adelman. I triple dog dare you to listen to any Station song on the new disc, better yet to put the disc on random and never tire of it. To toe tap, air guitar and nod your aqua netted coif to the succulent sounds that emanate from your stereo.”