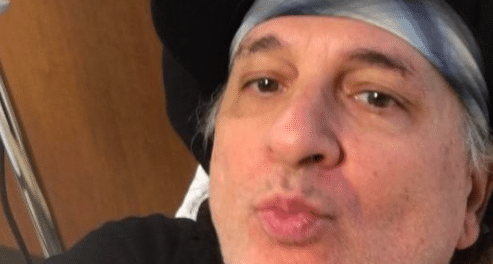 New York Dolls‘ long-time member Sylvain Sylvain has revealed that he has been battling cancer for about a year and needs some financial help to make it through his recovery period. A GoFundMe campaign has been started to raise funds and already has reached $31,242 US of the $80,000 US fundraising goal. 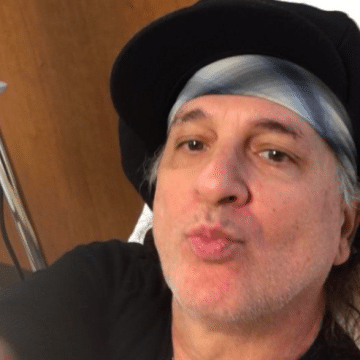 “Sylvain Sylvain, songwriter and original longtime member of the NY Dolls was recently diagnosed with cancer. He has been undergoing treatment that appears to be moving along successfully but has a long way to go. This fund will be of great assistance in getting him back on his feet.

I know there has been some curiosity, speculation and, yes, rumor about why I haven’t been Rampaging songs on FB or, more importantly, out on tour promoting my book “There’s No Bones in Ice Cream” and playing in a town near YOU.

First the BAD news: For about a year now, I have been battling cancer.

Then the GOOD news: I have an upcoming surgery with a great doctor that may do the TRICK. There will, however, be a somewhat long recovery period (at least a year). I have not been able to work since last year and have more surgery scheduled. I love life! As hard as life has been to me these past 2 years, I want to live and I know with your love & support, I’ll have the best chance that I could ever have.

Wikipedia states the following about the New York Dolls (with slight edits):

“The New York Dolls were an American hard rock band formed in New York City in 1971. Along with the Velvet Underground and the Stooges, they were one of the first bands of the early punk rock scenes. Although their original line-up fell apart quickly, the band’s first two albums—New York Dolls (1973) and Too Much Too Soon (1974)—became among the most popular cult records in rock. The line-up at this time comprised vocalist David Johansen, guitarist Johnny Thunders, bassist Arthur Kane, guitarist and pianist Sylvain Sylvain and drummer Jerry Nolan; the latter two had replaced Rick Rivets and Billy Murcia, respectively, in 1972. On stage, they donned an androgynous wardrobe, wearing high heels, eccentric hats, and satin. Nolan described the group in 1974 as “the Dead End Kids of today”.

According to the Encyclopedia of Popular Music (1995), the New York Dolls predated the punk and glam metal movements and were “one of the most influential rock bands of the last 20 years”. They influenced rock groups such as the Sex Pistols, Kiss, the Ramones, Guns N’ Roses, the Damned and the Smiths, whose frontman Morrissey organized a reunion show for the New York Dolls‘ surviving members in 2004. After reuniting, they recorded and released three more albums—One Day It Will Please Us to Remember Even This (2006), Cause I Sez So (2009) and Dancing Backward in High Heels (2011).

The New York Dolls have been inactive following a 2011 British tour with Alice Cooper; the band’s guitarist on that tour, Earl Slick, confirmed in an interview they had disbanded that same year.”