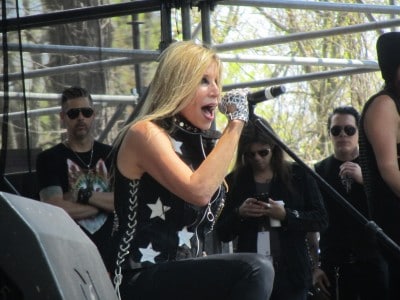 The ballad will appear on Femme Fatale‘s new album, which is scheduled to be released sometime in 2016.

Femme Fatale were formed in 1987 and released one self-titled album in 1988 which spawned the singles “Waiting For The Big One” and “Falling In & Out Of Love.” The group recorded a second album, the aptly named Lady In Waiting, in 1989 which was shelved but which is supposed to be released in the somewhat near future via FnA Records. Femme Fatale reformed in 2013 playing selected shows with its lone original band member being the ravishing and ageless Lorraine Lewis.