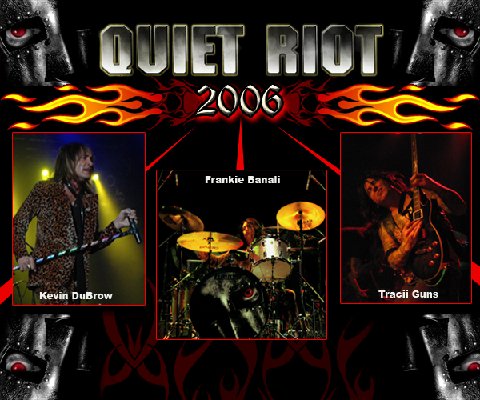 QUIET RIOT vocalist Kevin DuBrow and drummer Frankie Banali are pleased to announce the group’s line-up for 2006. Joining the group on guitar is axe slinger Tracii Guns, formerly of L. A. Guns and Brides of Destruction. A new bass player will be announced shortly.

The newly revamped QUIET RIOT will enter the studio in January to record new songs for their next studio release, the first new material from the band since the release of “Guilty Pleasures” in 2001. Look for QUIET RIOT on tour in 2006!