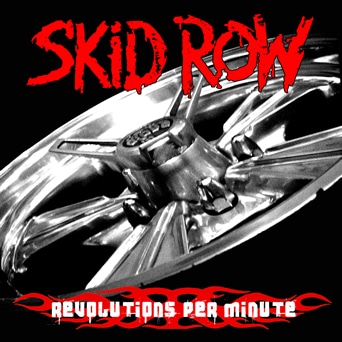 SKID ROW have completed work on their new studio album Revolutions Per Minute, which is expected to be released by SPV later this year.

According to a new press release, “The twelve new songs on Revolutions Per Minute see Skid Row pulling out all the stops. Rachel Bolan (bass), Scotti Hill (guitar) and Snake Sabo (guitar) play their guitars with a vengeance, firing off power chords by the second, turning their amps to the max and apparently knowing but one direction straight ahead! Whether on the hook-oriented opener, ‘Disease”, the aggressive Another Dick In The System’, the catchy ‘White Trash’ or the programmatic ‘Shut Up Baby, I Love You’ – their unadulterated vitality seems to practically jump at the listener. The two, six string magicians expertly throw the bait to vocalist Johnny Solinger, who skillfully elaborates on the theme, refining the material further.

Like his predecessor, Solinger pulls all the compositional strings, the material is constructed around him, he is at the epicenter of a soundquake that comes at the audience with full force. It is the power of a track named Strength that marks Skid Row in general and Revolutions Per Minute in particular. And it is the close attachment of the five band members to their home country that continues to shine through and that Skid Row express on their country rock number, ‘You Lie’.”