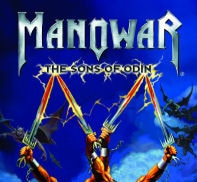 In MANOWAR news today, some details have been revealed about the new full-length album “Gods Of War”, which will be released in mid to late January of 2007.

MANOWAR has always used warrior imagery that takes the listener back to legendary times. These themes have included the dark ages, Greek mythology and Norse mythology. MANOWAR’s upcoming opus “Gods Of War” will feature Nordic themes as evidenced by the ” The Sons Of Odin” EP.

“Gods Of War” has evolved into a multi-part epic cycle which will include tributes to the Gods of Valhalla. Continuing MANOWAR’s mission to never stray from their heavy metal style, “Gods Of War” will present a new level of heaviness, intensity and brutality to the MANOWAR mythos. “With this kind of theme… when you are paying tribute to Odin, the God of War, country music or jazz would not create the appropriate mental imagery and would not do justice to the Father of the Gods himself,” says MANOWAR bassist and founder Joey DeMaio. “Heavy Metal is needed to tell this tale.”

With “Gods Of War”, MANOWAR is calling all warriors to enter Valhalla. Let the battle begin!

Finally, also the new cover artwork for “The Sons Of Odin” EP, by longtime MANOWAR collaborator Ken Kelly, has been revealed: 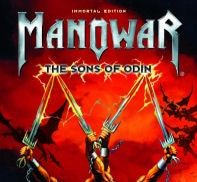 “The Sons Of Odin” EP Pricing

When asked about the pricing set for the upcoming “The Sons Of Odin” EP, DeMaio says “Our fans deserve the best and we don’t care about chart rankings when we can offer fans a bonus by defying the ranking system.” It seems that the EP will not be ranked on the new German music charts upon its release because it defies price requirements which would require that the special EP package be sold at a double-album price, but MANOWAR’s intention was always to offer maximum value and minimum cost to fans.

“We will not comply with the German chart regulations because we want to give the fans a great package (with a full poster booklet which includes also the brand-new artwork “King Of Kings”) for a reasonable price not dictated by the industry. That results in the non-chart-ability for Germany”.

The EP will be available on the official MANOWAR website for direct order and direct download upon its release.

MANOWAR’s battle will begin within the next few days with the launch of the E – Card for “The Sons Of Odin” EP and the fans can also expect a Virtual Release Party at www.manowar.com. More info about this will follow shortly.