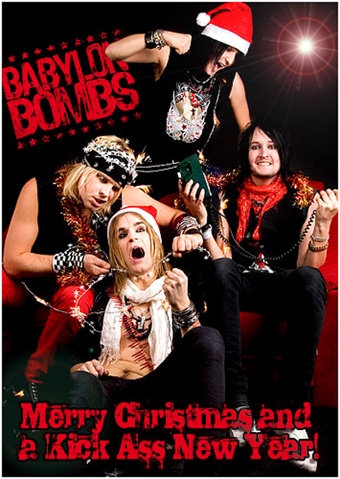 Babylon Bombs wish you all an awesome Christmas and fabulous New Year!

– Doin’ You Nasty will be released in Japan 24th of January through JVC Victor.

– Jaded Heart will be released as a single in March. The single contains an unreleased outtake from Doin’ You Nasty. Very soon you’ll be able do pre-order it from babylonbombs.net

– We’re booking gigs for 2007 be sure to check babylonbombs.net frequently for updates!

– New Distribution. From now on Babylon Bombs CD’s will be available in Italy through Andromeda Dischi