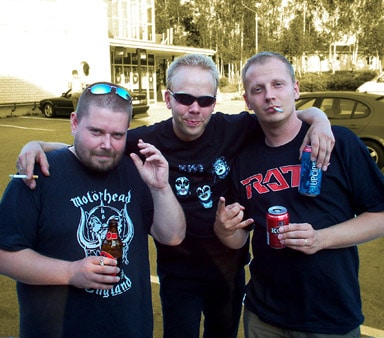 We are happy to announce that Mika Siitonen is the band’s new singer. Siitonen (ex-Moonscape) will sing his debut Wolfchild gig at Liberte, Helsinki on February 7th. More info later.

Joining Wolfchild as a temporary second guitarist will be Antti Roksa (Skyward). Roksa will be filling in until a permanent guitarist is found.

Jaska, Marko and Tom want to thank Kim for the four years he was in Wolfchild and hope him all the best with his future projects.

In other news, the readers of Sleaze Roxx voted Wolfchild the 11th best album of 2006! Check out the top 20 here. Wolfchild thanks everyone for voting!