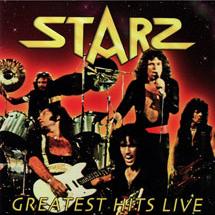 n the mid-seventies the airwaves were in serious danger of being overtaken by light AM hits. A few bands waged war on this trend. Among the leaders of this revolution were Starz, a musical army of soldiers carrying an arsenal of roaring guitars, driving drums, thunderous bass and powerful vocals. Over the next several years Starz toured the world with all the rock heavyweights from Kiss to Aerosmith. Their Violation album was voted one of the Top 100 rock albums in history by Kerrang Magazine. Undoubtedly, Starz’ studio albums are classic, but to fully understand the band all it takes is one listen to Greatest Hits Live.

Dont Ever Wanna Lose Ya, is the song that launched New England into the rock and roll stratosphere and Billboards Top 40 over 25 years ago. The song became an AOR smash and is still played on classic rock radio to this day. The album was produced by Mike Stone and Paul Stanley of Kiss, whom New England toured with for much of 1979 and 1980. On their subsequent efforts the band worked with producers Mike Stone & Tod Rundgren and toured with Kiss, AC/DC, Styx and many others. To this day the group enjoys a loyal fan base world-wide.Greatest Hits Live brings you the group in concert over twenty years ago, raw and unedited. 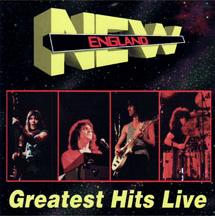 When 707s self-titled debut album was released the world of AOR took immediate notice. From takeoff to landing this album was filled with rock anthems that were supported by top-notch musicianship. For their sophomore studio effort, aptly entitled The Second Album, 707 continued by writing and recording some truly classic tunes. 707: Greatest Hits Live shows that Phil Bryant, Tod Howarth, Jim McClarty and Kevin Russell were as much at home in front of a crowd as they were in the studio. This CD is note for note how it happened 20+ years ago. 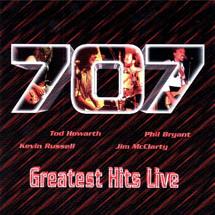