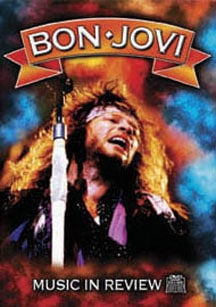 Truly a band that needs no introduction, Bon Jovi have proved to be one of the most enduring forces on the metal scene. Led by the most charismatic of frontmen, the story behind the scenes has always made a fascinating tale. Music In Review provides that incisive insight as we study the rise (and rise!) of Jon Bon Jovi, the band he leads and the music they have made. Candid interviews and criticism from a host of leading musicians, journalists and those close to the band such as Michael Francis, legendary bodyguard to the stars and Jovi stalwart for over 6 years. The deluxe 72 page book features an autobiography of the band and a track by track analysis.