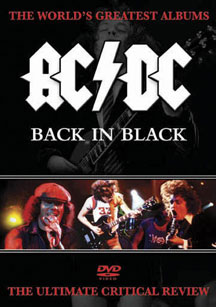 UPCOMING DVD/CD RELEASES TO INCLUDE AC/DC, IRON MAIDEN AND MOTORHEAD:

A dedicated team of professionals, including AC/DC aficionado and author Paul Stenning and journalist and author Carol Clerk, review the key factors in the conception and creation of the band. One of the most important elements in Back was the killer production by Mutt Lange, and here experts Tony Platt (engineer and producer) and Simon Davie (Angus Young in top tribute act Dirty DC) give their industry insight into what really made this album buzz. With rare archive performance and interview footage, this film will take you behind the faade of the official release, in an uncompromising and complete review of one of the best Rock n Roll albums ever made!

With prime footage spanning both the Bon Scott and Brian Johnson years, every crucial album is investigated in intimate detail by a leading team of music critics. We get the insider stories from Pete Way of UFO who toured with the band, plus an expert breakdown of Angus Young’s style from Chris George; chosen talent behind Marshall Amps for many years and some time Wayfarer guitarist. The analysis is completed by a stellar host of veteran music critics and journalists. 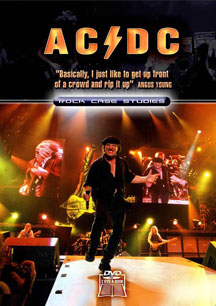 During this in depth review of the band and its music, guitarist Wurzel speaks out in his very first filmed interview since his controversial exit from the line-up. We also hear from ex-Thin Lizzy guitarist Brian Robertson, who joined Motorhead and played on 1983s controversial Another Perfect Day album. There are interviews with Lemmy, Phil Philthy Animal Taylor, and Fast Eddie Clark. The DVD features spectacular performance footage of the band throughout its history, combined with insight and analysis by a team of leading music critics; rock writer Mick Wall, legendary photographer Fin Costello and Gerry Bron, founder of Bronze Records. 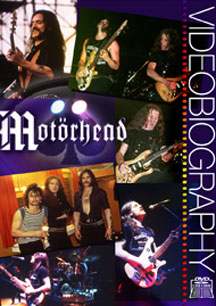 THE INTERVIEW CD: Over 70 minutes of interviews with the band, discussing a wide number of topics including their opinions on their position at the top of the metal tree, their respect for their fans, their approaches towards making their kind of music, and how they view their future maintaining their respected status. THE DOCUMENTARY DVD: A visual celebration of the music of Iron Maiden. This 60-minute film contains rare footage and exclusive interviews with Iron Maiden and the people that know them best. It also includes many unpublished photos, numerous location shoots, news clips and a host of other features. Extras include interactive digital quiz and more. 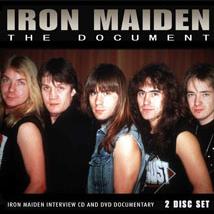 On this 12 song collection, Paul DiAnno (Iron Maiden’s original vocalist) covers 5 of the very tracks that put him in the Heavy Metal History books as well as seven more classic metal covers ranging from Van Halen to UFO. Showing that he still has his pipes, DiAnnos performances are vintage PAUL DIANNO, with all the power, range and RAGE typifying his earlier work! Fans of IRON MAIDEN as well as KILLERS and BATTLEZONE should easily get their fix by revisiting these classic songs as well fans of the NWOBHM genre. 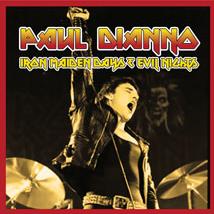