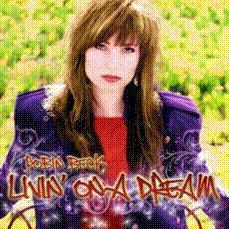 Frontiers Records is pleased to announce all details surrounding the release of ROBIN BECK’s forthcoming studio album project “Livin’ On A Dream” on July 6th 2007.

Robin started writing the songs that would make the follow up to “Do You Miss Me” in late 2006. “I started co-writing back in December and completed the first song “Nothing’s Gonna Change Your World” in January 2007″ says Robin, who adds “I wanted to write songs that would rock my own personal way. The biggest difference between the new CD, “Livin’ On A Dream” and ‘Do you Miss Me” is that this new CD is driven by my own story lines. “Do You Miss Me” lacked that aspect… There is a tougher, more edgy melodic/rock foundation to the stories”.

Robin was not alone in her powerful new undertaking, “Livin’ On A Dream”. “There is a strong new member of my writing team, Tommy Denander” states the now Florida-based singer. “Tommy is a powerful player and his input was key to this project becoming my best work as a writer and a singer.. Tommy co- produced with James Christian my partner and husband and we all worked in perfect harmony together. Another one of the highlights of this CD is the collaboration between Chris Pelcer, James Christian, Jeff Kent and my self on the song “Always”. I’m also back with my closest writing partner, Jeff Kent who put me firmly back into my truest Rock n’ Roll shoes. Jeff and I are an amazing writing team. I also had the privilege of working with “guitar great”, Jimi Bell and drummer “extraordinaire” BJ Zampa, both House Of Lords band members. In my opinion, we wrote two of best rockers on the CD. Last, but not least, I will always have a touch of my favorite songwriters Amy Sky and Marc Jordan somewhere in my work. They collaborated on a a song called “Until The Last Teardrop Falls” which brought James and I together for a heart pounding ballad that shows the profound love we share in no uncertain terms. Of course, James is at the helm of everything magnificent about these recordings. He is t he only producer I have ever worked with who really knows how to bring the best out in my vocal performances. These are best productions of my career, period!”

“Livin On a Dream” promises to be Robin Beck’s most powerful and exciting creation ever! “This CD is what my fans have been asking me to record for years now. An entire CD of my own work realized. I am so proud of these recordings. All the songs you will find have provocative and memorable hooks with monster playing. We all found a unique collaboration of creative energies that made “Living on a Dream” be an artist’s dream come true”.

“Livin’ On A Dream” will include the following tracks:
Livin’ On A Dream; Show Me The Way; Love Me Like A Man; Always; Nothing’s Gonna Change Your World; Seventeen Forever; Can’t Get Enough Of Your Heart; Runaway; Wrapped Around Your Finger; It’s Magic; I Can’t Walk The Line; Till The Last Tear Drop Falls: Love Lies.

Release date is scheduled on July 6th 2007 on Frontiers Records.