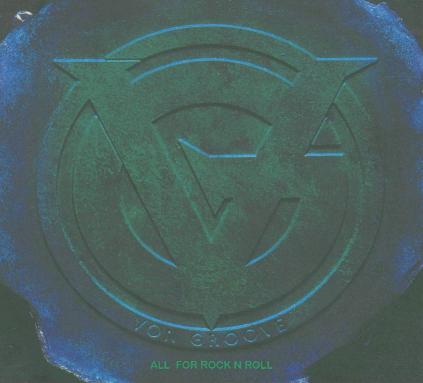 VON GROOVE READY FOR A RETURN WITH BEST OF:

VON GROOVE are set to return on September 24th with “All For Rock n Roll”a definitive best of collection which will also feature two brand new tracks. The bandslong awaited studio album “Live It Up” is now nearly finished and a release isplanned to coincide with a European live appearance during March / April 08

Hey everyone, Michael Shotton from “Von Groove” here. Hope you enjoy our new greatest hits record “All For Rock and Roll”put out under the Z Rock label. Mladen and I feel that this is agreat collection of tunes that fans and us have really enjoyed overthe years as well as a couple of new ones. It’s a great walk throughthe very best of Von Groove and it’s better than ever ! Also, I hopeyou will all check out our new record “Live It Up”, also on the Z Rocklabel it’s a fantastic album and we hope to have it wrapped up byNovember or December for a spring release.