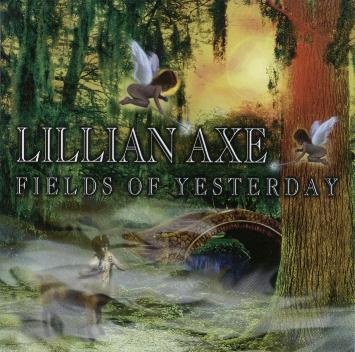 Some 8 years on Z are proud to have signed a deal with Lillian Axe to re-release”Fields Of Yesterday”. The album was remastered 2 weeks ago with Mark Algerat the helm and has been greatly sonically improved to the original. In addition to theremastering work two bonus tracks have been added for good measure. The albumrelease will take place on October 8th.

Mark Alger made the following comment ” Fields of Yesterday” is one of my personalfavourites to have been released by the label. I was gutted to not be able to go to Japanwith the band during 1999 due to having to stay in the UK for Z Rock 99. Good OldDave Tedder was lucky enough to make the trip and had everything video taped forme which to this day is a prize keep for me as it incl’s Lillian Axes full Tokyo show.Its a pleasure to work with Steve and the guys again and I hope their new studio releasedoes well!”

Steve Blaze commented: “We are looking forward to the re-release of Fields of Yesterdaymarking the 10th anniversary of Z . This collection of rarities and B-sides is a nicecompliment to our new studio album Waters Rising on Metro City records released in July. We plan on touring Europe in the beginning of 2008, so we will see our European fans again after 13 years!”

Shhhhh Steve you may let the cat out of the bag ;O)

Lillian Axe will be part of our promo download from Saturday onwards at www.myspace.com/zrockrecordsuk